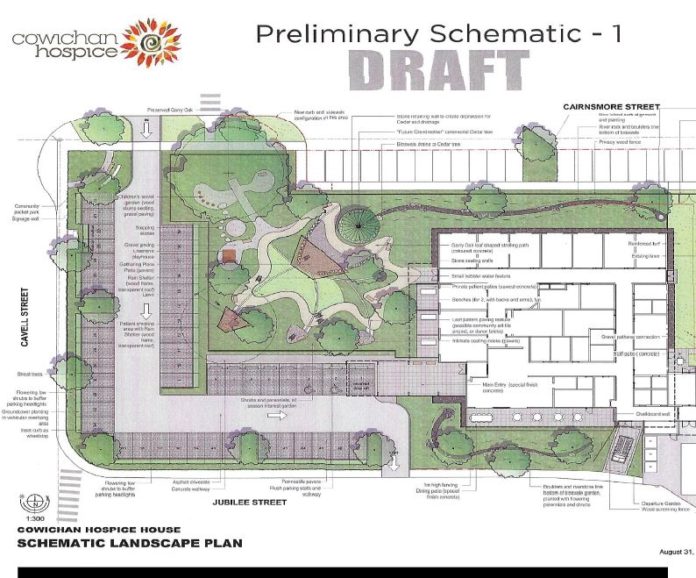 A civilized society provides for end-of-life care that allows people to pass with dignity.

Cowichan has taken a giant step toward that goal with the raising of $8.5 million towards its $10 million goal for a 10-bed hospice facility to be situated next to the Cairnsmore long term care hospital. Efforts are underway to push the fund-raising to its completion.

In 2014 the provincial government announced a decision that if a local community raised the capital necessary to build a hospice facility, the government would commit funds for operations. Cowichan currently does not have a hospice facility; only best efforts access to one bed in Cowichan District Hospital.

Cowichan responded by forming a Hospice Task Force, chaired by former CVRD Chair and former Ladysmith Mayor Rob Hutchins. Hutchins said in an interview that an enormous amount of work has been done by a small army of volunteers that has led to the design of a 10-bed facility to be built next to Cairnsmore. Research suggested a near term need for seven beds but to accommodate growth in the community, they designed for 10. Island Health has committed new funds to the community to operate seven of those beds. 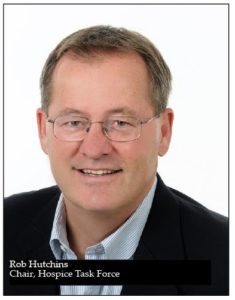 “We are looking at whole person and whole family care.” Hutchins said. “This is an incredibly important time in a person’s life and for their families. We owe it to them to create an environment where patients and their families can experience this transition with dignity and support.”

The hospice design will include patient rooms, some with an extra bed or a hide-a-bed for families to stay with them. There will be kitchen facilities to enable families to make and share meals together. Culturally sensitive areas will be set aside for religious or spiritual practices. The Rotary Garden will also provide opportunities for families to share quiet time together.

Hutchins said he has experienced the difference between a passing in a hospital acute care ward and a similar event in a well-designed hospice.

“There is no comparison,” Hutchins said. “Death can be traumatic for all concerned at the best of times and it’s not made any better in a relatively cold and stark hospital ward.”  In terms of cost, Hutchins said a hospice bed costs less than half the cost to operate an acute care bed.

The Hospice Task Force hopes to have the facility built by the middle of 2020, depending on successful completion of fund-raising.