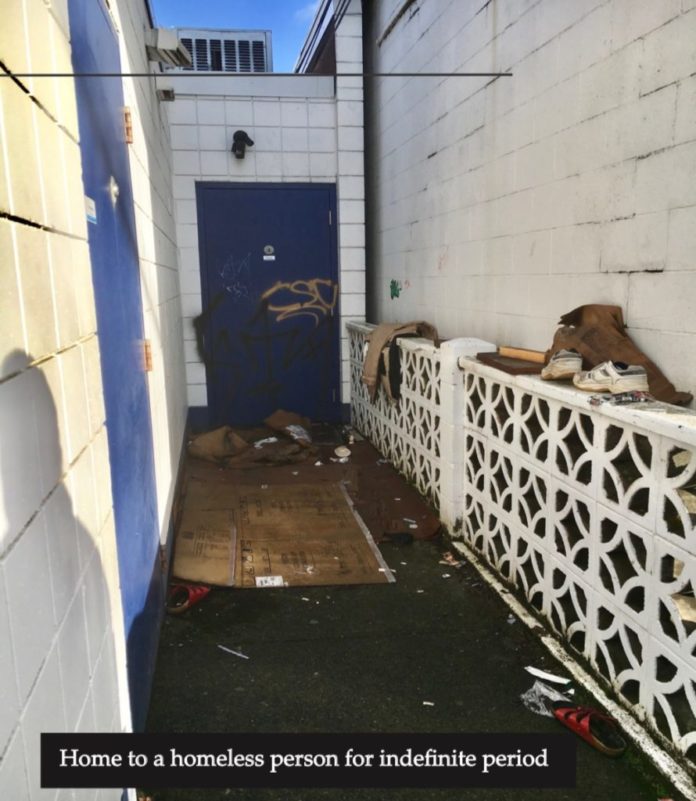 Discarded sharps, needles in common language, on sidewalks, in back alleys or in shrubs and bushes in front of buildings are a severe health and safety issue and should be taken seriously.
And it is being taken seriously, but that problem is only the tip of the iceberg, a visible symptom of a burgeoning opioid crisis.

In the not too distant past, Duncan had its share of garden variety drug addicts, hooked on crystal meth or heroin. The population of these folks on the street were relatively well-behaved and reasonably managed as a public health issue.

Then along came fentanyl and everything has changed. Cindy Lise, regional facilitator for Our Cowichan Health Network, says it has come to the point where fentanyl is now being added to every drug purchased on the street.

People who become addicted to fentanyl get on a rapid ride to the bottom and their behaviour becomes more and more unmanageable, Lise said in an interview. Lise is quick to point out that the street addicts who can create problems downtown are only the visible opioid addicts. There is no way to know for sure, but she says there are many more apparently normal people from all walks of life living with addiction.

Harm reduction, by providing clean needles, is a key part of trying to keep these people healthy and out of hospitals. This is where problems with the community do occur.

There is one man, along with a handful of volunteers, trying to push back the consequences of drug use and homelessness along a half-mile strip of the TransCanada Highway in Duncan.

Will Arnold, owner of Experience Cycling, begins most days conducting a sweep in front and behind his property; cleaning up needles and other drug paraphernalia, along with the refuse left behind by the street crowd that takes over at night. Other business owners join in, following his leadership.

On many mornings there are clumps of human faeces littering the darkened areas behind buildings facing the highway. Arnold said that health agencies hand out a stunning 10,000 needle kits per month in Duncan. Lise could not confirm that number.This mean street zone stretches from Warmland supportive housing, through to just about Trunk, along the highway and includes the short stretch of Whistler. Volunteers helping him on most days range from about three to around 12.

Arnold, who has been doing this for three years, figures there are about 40 hardcore homeless street people, ranging in age from mid-teens through to late twenties.

Aside from the garbage these people leave in their wake, the area is plagued by petty vandalism and rampant drug dealing. These denizen of the street paint ‘Tags’ on buildings and telephone poles to mark their territory with their stylized brands that are their own personal expression.

A walking tour with Arnold reveals the spots behind planters and hedges where these people sleep at night, careful to rise, he said, before 5 am. Arnold points out where drug dealers stash their product that will be picked up later by a customer who has paid and been texted a message identifying the location. 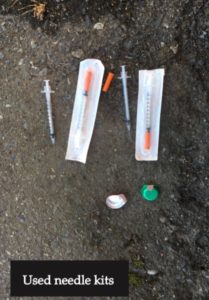 Arnold continued: “It’s all about communication. We have to stand up and make sure these people are held accountable. But you don’t do it through confrontation. You treat them with respect, and you engage with them as another human being.”

He has regular interactions with these problem people; even making the washroom in his business available; giving some money when they are hungry and without cash. He even gives hand me down bicycles that he has fixed up to these folks.

“You can’t push back at these people aggressively,” he said, “You have to communicate; you have to talk to them and let them know when they are being out of line”.

Arnold doesn’t take any “guff” from these street people, but he knows not to cross an arbitrary line. He is firm but knows that sometimes it is a police matter. 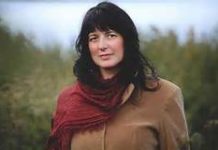 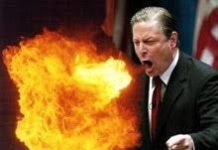